Andrin Höltschi was born 1979 in Willisau, the hinterland of Lucerne, Switzerland. As a young musician he already played in various Ensembles, Big Bands, Musicals, Music and Orchestra Formations at the Music School of Willisau.

2010 - 2013 Andrin Höltschi studied at the conservatory of Lucerne, subject ZAB, conduction of wind orchestra. At the same time, 2011/2012 he frequented the prestudies (full time) in classical music and finished his studies in summer 2013 with a degree. During these studies he conducted in master classes in Schladming, Austria, conducted the professional military orchestra of Austria, various musical formations in Switzerland and the classical Symphony Orchestra Banat in Timisoara, Romania.

With the Bluedanube Impresario Vienna he frequents since 2017 oprea masterclasses teached by the GMD of the National Theatre Opera Belgrade, Dejan Savic, in the State Operas Ruse and Stara Zagora, Bulgaria. In summer 2017 he participated successfully at the international competition of opera conductors in Ruse, Bulgaria. 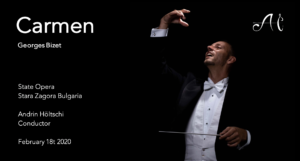 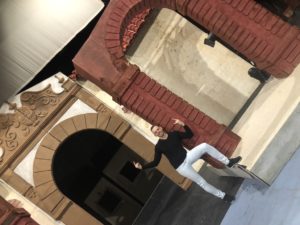 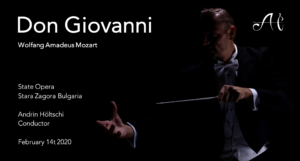 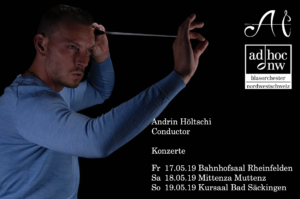